What is Race and Faith Targeted Bullying?

Race and Faith Targeted bullying in schools can range from ill-considered remarks, which are not intended to be hurtful, to deliberate physical attacks causing serious injury. This form of bullying can be identified by the motivation of the perpetrator, the language used, and/or by the fact that targets are singled out because of the colour of their skin, the way they talk, their ethnic grouping or by their religious or cultural practices. 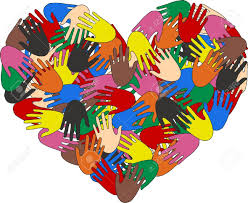 Schools that ignore this type of bullying, or deny its existence, give the wrong message to young people. The success of our multi-cultural society depends upon the children of today growing up to be be adults who respect and value diversity.

Although schools are no longer required to report racist incidents to their Local Authority, it is recommended that they keep their own records and are familiar with their local hate incident reporting systems.

If a child has been the target of Race or Faith motivated bullying incident, report it!

If you live in the County, incidents may be reported to Leicestershire County Council's Hate Monitoring Project by telephone on 0116 3058263.

If you live within Leicester City you can receive advice from and report incidents to the Race Equality Centre on 0116 2999800.

There are a number of points to be aware of that are not covered in the above course:

The e-module provides a lot of information about Roma families. Be mindful that there are many different ethnic identities under the 'Gypsy, Roma and Traveller' umbrella; it is important to be aware of differences, for example, between Irish Travellers, English Gypsies, Showmen – their histories and cultures. All of these families are represented & living in Leicestershire.