As part of Leicestershire County Council 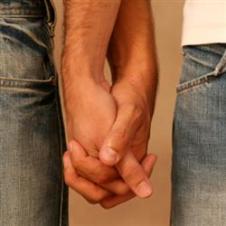 "Pupils do not necessarily have to be lesbian, gay or bisexual to experience such bullying. Just being different can be enough."
(Don't Suffer in Silence, DfES)

Homophobia and biphobia can be defined as an irrational dislike, hatred or fear of individuals that are, or are perceived to be lesbian, gay or bisexual. It results in negative consequences ranging from damage of self-esteem to premature death.

Such attitudes can also affect anyone who does not conform to stereotypical standards of masculine or feminine behaviour.

Homophobic bullying is often present in an environment that fails to challenge and respond to homophobia.

Like other forms of bullying, homophobic bullying can be physical, verbal or indirect. Often it is the language that can distinguish it from other forms and the motivation of the bullies is specific.

When does it take place?

Like any form of bullying it can occur at any time in a person's life however...

Most homophobic bullying takes place at a time when young people, particularly boys, are unsure about their own developing identity - subjected as they are to the confusing messages our society sends out about what it means to be 'a man' and against the stereotype of what it means to be gay. Homophobia presents itself in young people as the fear of and the reaction to an issue about which they can have little understanding and to a person perceived as 'different'.

Anyone can become a victim of homophobic or biphobic bullying:

Young people can have their education disrupted. They may not participate in lessons appropriately due to feelings of fear or anger.

Pupils' self-esteem is often severely affected and, as a result, their academic potential is not fulfilled.

Young people whose fears and confusions are not adequately dealt with in their youth too often go on to develop problems in adulthood including depressive disorders or dependencies upon alcohol and drugs.

Schools who dismiss the problem are not helping any of their young people to develop a concern for the well-being of others and an understanding and healthy acceptance of people's difference.
Lesbian, gay and bisexual young people can find themselves seriously stressed by having to wrestle with their own feelings about themselves and the problems other people have in coming to terms with their sexual orientation.

Too many victims of homophobic bullying are driven to self-harm and suicide.

Is being gay/bisexual the problem?

It's not being gay that makes some young people unhappy, it's the negative reaction of other people that they fear, coming to terms with being 'different' and coping with it that's difficult. It is even harder if this has to be done in secrecy from family, friends and teachers.

Lesbian, gay and bisexual people of all ages can find themselves emotionally exhausted by having to reconcile how they are feeling inside with the problems others have in coming to terms with their sexual orientation.

How can we address homophobic/biphobic bullying in schools?

Nine in ten secondary school teachers and more than two in five primary school teachers say pupils, regardless of their sexual orientation, experience homophobic or biphobic bullying, name-calling or harassment. Those affected include boys who apply themselves academically, girls who 'behave like boys', pupils with gay or bisexual parents, and often anyone simply seen as different.

Primary schools may want to introduce the issue of homophobic/biphobic bullying by exploring the concept of families being diverse and not, as history may suggest the nuclear 'ideal' of a mum, dad and 2.4 children! Stonewall have produced a very useful resource pack for primary schools, entitled Different Families. The materials will enable you to talk about all types of different families, including those with lesbian, gay or bisexual family members, in an age appropriate way in primary schools.

Stonewall have also produced some easy to use resources for secondary schools, include feature length DVD FIT which is a perfect way to talk about sexual orientation and homophobic bullying along with Oh No Not The Gay Thing, which outlines lesson ideas on how to include sexual orientation across the curriculum. These resources and a range of others can be ordered from Stonewall.

Casual homophobic or biphobic language is common in schools but, if it is not challenged, pupils may think that homophobic bullying is acceptable. It is therefore important to challenge this language when it occurs:

Calling out is a new project written with the practical and financial support of Leicestershire County Council's Anti-Bullying Team, addressing bullying, gender stereotypes and homophobia.

All Gripping Yarns work exploits the capacity of storytelling and drama to enhance empathetic awareness. Children at Key Stage Two will initially understand the story to be about name-calling and exclusion, but the audience will be encouraged to see that the bullying in the story has a homophobic character.

Calling Out is suitable for Key Stage Two children (years three to six). Each performance will last approximately 45 minutes to one hour. Calling Out is designed to be effective with ideally two but up to a maximum of three classes. (60 - 90 children.)

To book or for further information, please contact Simon Firth on:

Written by Andrew Moffatt and produced by Birmingham LA as part of their Stonewall Education Champions work, this resource contains lesson plans for Reception to Y6 and recommends storybooks that focus on valuing diversity and recognising that families are different. The message conveyed is that there are 'no outsiders' in Birmingham classrooms. The 2012 version is available to download from the Birmingham City Council website.

What can I do as a parent?

Stonewall research shows 81% of people in Britain would now be comfortable if their child grew up to be lesbian, gay or bisexual. However, coming out remains a stressful experience for many gay young people and their parents. Although gay people today have plenty of sources of support when they choose to come out, few resources exist for parents of gay young people. Stonewall's guide will help parents support their children without worrying needlessly about the 'impact' of their sexual orientation.

Stonewall Head of Education Wes Streeting said: "Many parents worry about what being gay means for their relationship with their children and have all sorts of questions that they're sometimes afraid to ask for fear of saying the wrong thing. So You Think Your Child Is Gay? provides upbeat and straightforward advice to parents, which focuses on the most important thing of all – giving children love and support, whatever their sexual orientation."

If you live in the County, incidents may be reported to Leicestershire County Council's Hate Monitoring Project by telephone on 0116 3058263.

If you live within Leicester City you can receive advice from and report incidents to the Race Equality Centre on 0116 2999800.

Incidents can also be reported on-line.

Stonewall working for equality and justice for lesbians, gay men and bisexuals.

We provide information in a range of formats on a wide range of subjects that affect LGBT people's lives including signposting and referrals to other agencies. 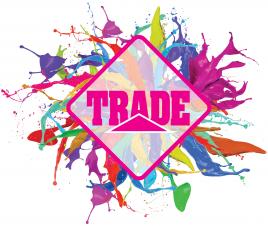 Trade is a local health charity for the lesbian, gay, bisexual and trans (LGB&T) communities of Leicester, Leicestershire and Rutland.

We offer a range of free, confidential support and advice around health issues, mental health, HIV, and LGB&T wellbeing.

This includes a whole range of services; such as one-to-one emotional and practical support; support in 'coming out', sexuality and relationships; information on testing and sexual health; and a fully qualified counselling service.

You can find Trade at their city centre offices, 2nd Floor, 27 Bowling Green St., LE1 6AS, or by visiting www.tradesexualhealth.com. They're flexible and friendly and are more than happy to answer any queries you may have over the phone; 0116 254 1747.

LGBT Melton is a youth support group for 14-18 year olds who identify as lesbian, gay, bisexual and transgender and live in Melton Mowbray and surrounding areas. We provide advice, information and guidance on issues such as sexual health, discrimination, education, employment, relationships and mental health.

The L Project single "It Does Get Better" aims to help raise awareness and money for charities which work to prevent LGBT bullying among young people.

Here are some pages we would like you to check out!

See these other useful websites