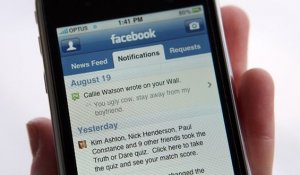 In a recent survey by Ditch The Label (2017), 17% of young people have experienced cyber bullying.

Unfortunately, unlike 'traditional' bullying that took place (and still does) in the playground, cyber and text bullying can continue long after schools have closed their gates.

Are you fed up of being lectured by teachers and carers about using the internet safely? OK - fair enough! Here's some straight facts from a survey of over 3000 year 6 pupils from Leicestershire in 2018.

67% of those who spend 6+ hours a day on their devices feel they are 'addicted' to it.

95% said they have learned about internet safety in the last 12 months at school.

75% of these young people said this has changed the way they use the internet.

23% said they have experienced someone saying something mean or unkind to them online or via a mobile or email.

9% admit to sending an unkind message to someone else.

13% said they have felt unsafe or uncomfortable online before.

You can find more great tips and advice on the 'Thinkuknow' website.

Here are similar responses from over 2500 year 9 pupils in Leicestershire in the same year:

When chatting to new people on camera, 28% had been threatened or blackmailed by someone they had met on webcam.

91% say they have learned about internet safety at school in the past year.

57% say it made a difference to how they use the internet.

8% arranged to meet someone they had met online.

21% have been threatened, insulted or harassed online or via a smartphone or email.

18% have had horrible comments about their profile

17% have had nasty or threatening direct messages

14% have had embarrassing picture sent without their permission.

Bullying on the Internet can happen in various ways:

Some advice for children and young people: 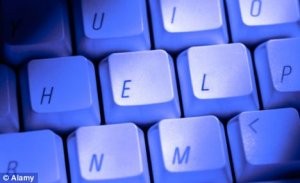 Some advice for pupils, young people and parents:

The internet gives young people unprecedented opportunities to engage with the world around them and interact with one another. The internet also plays an increasingly important part in young people's education and learning, something which many schools have been quick to grasp. For some young people, such as many lesbian, gay and bisexual people, the internet also provides a way to reach out to others having similar experiences to them, and can be a source of hope for young people who are having a hard time at school.
Unfortunately, as we're increasingly aware, the internet has a darker side. Young people are encouraged to develop an overly sexualised view of relationships as a result of the widespread prevalence of pornography and many young people are creating sexual images of themselves. Other young people find themselves on the receiving end of homophobic abuse online or at risk of exploitation from predatory adults.
The risks for lesbian, gay and bisexual young people can be more pronounced, either because they aren't given e-safety information which explicitly addresses their concerns in school or because they're scared to raise worries for fear of being judged about their sexual orientation. That's why Stonewall written the guide below, to help parents and teachers take the very simple steps to make their e-safety work relevant to all young people, and highlight how the best schools are already doing just that.