This year's campaign focussed on children and young people's day to day communication-with a focus on tackling verbal bullying. Expressions such as 'you're so gay' and words such as 'sket' and 'slag' are seen to be key indicators of bullying or hostile environments.

We ran a competition during the week to design an anti-bullying postcard, with the 2 winning entries having their design professionally printed. The postcards will be used by us to distribute to schools and around the county. We received many great entries from Leicestershire schools and even as far afield as the United States of America! Choosing 2 winners (up to 11 and 12-18 years old) was very difficult but we did manage to narrow it down and our successful designs are below.

Up to 11 winner - Georgia, 11 from Ridgeway Primary 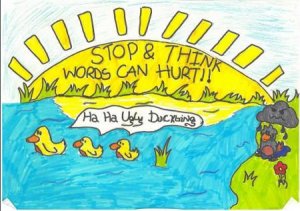 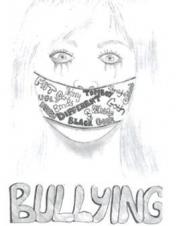 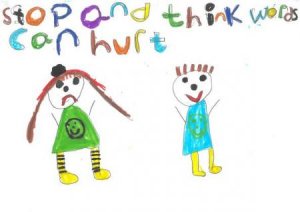 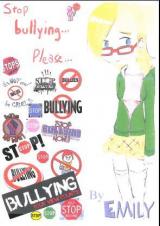 Although we couldn't include out of county (or country) entries in our competition, we appreciated the work that had gone into designing and sending all the pieces of work we received so we decided to include a couple of our favourites! 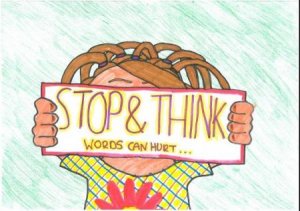 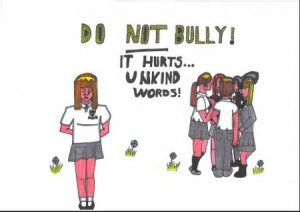 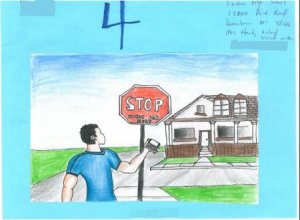 Stonewall also have some lesson plans and resources on their website, which focus on lesbian, gay and bisexual issues and bullying.